CSNSW is working in partnership with Aboriginal and Torres Strait Islander families, teachers and principals to support students to thrive throughout school and life.

This project is partially funded by the Australian Government through the Non-Government Reform Support Fund.

CSNSW recognises Aboriginal people as the original inhabitants of Australia, and embraces the rich diversity of culture, language, spirituality and educational practice which exists across Australia’s many Aboriginal Nations.

Together with the broader Catholic Church, CSNSW honours and acknowledges the continuing deep spiritual relationship of Aboriginal and Torres Strait Islander peoples to this country and is committed to the ongoing journey of reconciliation.

Pope John Paul II, in his famous message to the Aboriginal Peoples of Australia in Alice Springs 1986, stated that the Catholic Church will be lacking in its full expression if it does not embrace the spirituality of our Aboriginal people.

“You are part of Australia and Australia is a part of you. And the Church herself in Australia will not be fully the Church that Jesus wants her to be until you have made your contribution to her life and until that contribution has been joyfully received by others”.
– St John Paull II, ‘Address to the Aborigines and Torres Strait Islanders‘, Alice Spring, Australia, 29 November 1986

To support our Catholic school communities in this endeavour the CSNSW Aboriginal Education Reference Group has developed an Aboriginal Spirituality resource. 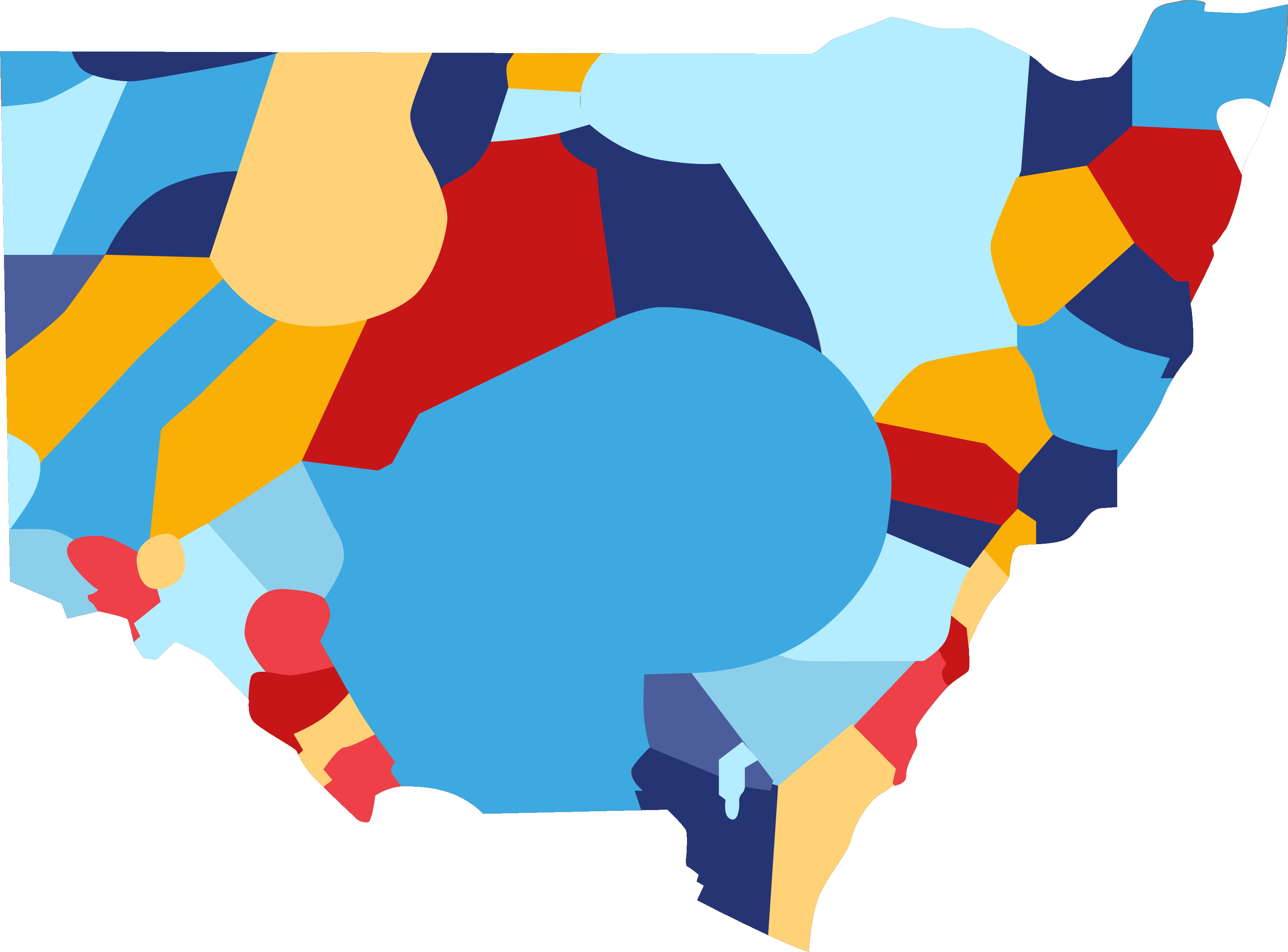 These are the Aboriginal and Torres Strait Islander Tribal Boundaries as recorded by Tindale in 1974 and revisited by Horton in 1994. It shows the Aboriginal and Torres Strait Islander nations that lay within the Diocesan boundary. The 10 tribal nations within our diocesan boundary are Gamilaraay/Gamilaroi, Aniawan, Dunghutti/Dainggati, Banbai, Bigambul, Kwambal, Weraway, Kam ba wal, Ngar ab al and Jukambal.

There are three First Nations countries that schools, within Catholic Education Diocese of Bathurst, sit on, they are: Wiradjuri (30 schools), Gamilaraay/Gamilaroi (2 schools) and Wailwan/Wayilwan (1 school).

The Wiradjuri are the largest Aboriginal group in New South Wales. They once occupied a vast area in central New South Wales, on the plains running north and south to the west of the Blue Mountains. The area was known as “the land of the three rivers”, the Wambool later known as the Macquarie, the Kalare later known as the Lachlan and the Murrumbidgee, or Murrumbidjeri. The Murray River forms the Wiradjuri’s southern boundary and the change from woodland to open grassland marks their eastern boundary. It is estimated the territorial range of the Wiradjuri tribal lands is 127,000 km2

The Gamilaraay/Gamilaroi ‘s tribal domains encompass some 75,000 km2, from around Singleton in the Hunter Valley through to the Warrumbungle Mountains in the west and up through the present-day centres of Coonabarabran, Baradine, Narrabri, Walgett, Moree, Lightning Ridge and Mungindi in New South Wales, to Nindigully in south-west Queensland.

The traditional custodians of the country that the Diocese of Broken Bay cover are the Guringai/Guring-gai people to the East. Dharug to the West, Awabakal to the North and Darkinjung to the North West

Country is the largest in NSW, stretching from the eastern boundary of the Great Dividing Range, and drawing a line from the present towns of Hay and Nyngan at the western boundary. Gunnedah and Albury mark the northern and southern boundaries of Wiradjuri country.

People from south-eastern NSW. Their lands encompassed what is now Goulburn, Berrima and the Southern Highlands, running down the Hawkesbury River (Wollondilly) until the vicinity of Camden.

People are the direct descendants of the original custodians of the area near present day Goulburn, Yass and Canberra.

Is the generic name for all Aboriginal tribes from the NSW South Coast, who are considered the traditional owners of the land and water from Merimbula to the southern head of the sea entrance of the Shoalhaven River, and inland to the Great Dividing Range.

Peoples traditional lands extended from Canberra in the north to the Victorian border in the south, including the area of the Monaro and Limestone Plains and the Snowy Mountains.

People occupied the lands of Kauwambal on the upper Murray River, between Mount Kosciusko and Mount Cobbera

The Diocese of Lismore, Traditional Nations encompasses some of the most beautiful coastline in NSW as well as estuaries, mountains, several rivers and some parts of the tablelands.

The Bundjalung Country extends from Grafton and the Clarence River in the South, West as far as Tenterfield and the Great Dividing Range, up to Warwick in the South-East Queensland, and East across to the coast around the Logan River (south of Brisbane).

The Yaegl – Yaygirr Country encompasses Yamba, Maclean, Grafton and surrounding areas of the Lower Clarence River. Yaegl Country extends to and area south of Wooli and to an area north of Iluka

The river ways are very significant to the Dunghutti/Dainggati Nation, connecting the communities from Walcha, Bellbrook, Kempsey, South West Rocks and surrounding areas.

Extended from surrounding areas of the Hastings River, westward to the Great Dividing Range, south of Kempsey to Foster

The Darug/Dharug, Dharawal/Tharawal and Gundungurra tribes
The Darug/Dharug language on the western side of the Georges River, as well as in the area west of Sydney from the Hawkesbury River to Appin and Picton and as far west as the Blue Mountains. Gundungurra is said to be the language of the ‘mountain’ people from the Blue Mountains to the Nattai and Burragorang Valleys and as far south as Goulburn. The Gundungurra (also spelled Gandangara) language group stretches to the south-west of Sydney. Their country includes the catchments of the Wollondilly and Cox Rivers and some adjacent areas west of the Great Dividing Range. Mulgoa Valley marks an important boundary between the Darug/Dharug from the plains and Gundungurra from the mountains. Separated by the valley we also have schools that sit on Dharawal/Tharawal Land around the Kemps Creek and Luddenham areas.
The traditional land of the Darug/Dharug Aboriginal people stretches roughly from the coast, north to Wisemans Ferry, west into the Blue Mountains to Hartley, south along both sides of the Nepean River to Appin, and then east approximately along the Georges River to Botany Bay.

The Diocese of Wagga Wagga is on the lands of the Wiradjuri and Yorta Yorta Nations. Schools located on Yorta Yorta land include Tocumwal, Finley, Jerilderie and Berrigan.

The traditional custodians are the Dharawal/Tharawal, Gundungurra and Yuin nations upon whose land our Catholic schools are built.

We acknowledge and pay respect to the Traditional Owners of the land on which we conduct business; the Aboriginal & Torres Strait Islander nations of Australia. In the spirit of reconciliation, we honour and respect Elders past, present and emerging, acknowledging them as the traditional custodians of the land on which we work. We recognise and value their history, work and teachings.