Catholic Schools New South Wales is the representative voice of NSW Catholic education and their owners at a state and national level. Our role is to ensure the interests of Catholic schools are protected and promoted in forums where education policy is formed and resource allocation is determined. 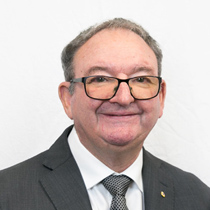 Steve has represented Australia and other governments on the Board of the Asian Development Bank and served on international advisory panels to the public services of Canada and Singapore. He was Senior Economic Adviser to Prime Minister Bob Hawke during the mid-1980s – a period of major transformational reform to the Australian economy. 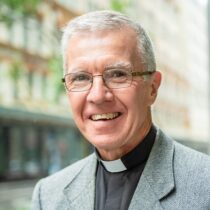 Bishop Daniel is an auxiliary bishop of Sydney. He was ordinated a priest on 22 July 1995 at St Mary’s Cathedral and studied for two years at the Gregorian Pontifical University in Rome, obtaining a Licentiate in Fundamental Theology. Bishop Daniel was appointed Director of Catechesis for World Youth Day from 2006-2008. He has also served as Director of Mission for Catholic Care and as Director of Formation in the Permanent Diaconate program. Bishop Daniel was as Administrator of Sacred Heart Cathedral in Broken Hill in the Diocese of Wilcannia-Forbes from 2012-2014. He took up an appointment as Rector of the Seminary of the Good Shepherd from 2015-2020 and in 2021, and served as Administrator of All Hallows in Five Dock. On 18 November 2021, Pope Francis appointed him a bishop as Titular Bishop of Pocofelto and an auxiliary bishop of the Archdiocese of Sydney. 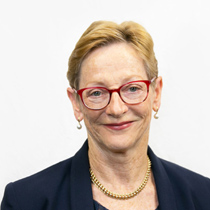 A lawyer and then a corporate executive over a period of 40 years, Helen is currently non-Executive Director of Endeavour Energy and insurance subsidiaries of Westpac. She has held a range of board memberships including AON Superannuation, Sydney Ferries, Caltex Superannuation and Catholic Healthcare. She was Chief Executive of Workplace Gender Equality Agency, Company.

Emeritus Professor Cummins brings a wealth of teaching and learning knowledge to Catholic Schools New South Wales. She has been Deputy Vice-Chancellor (Students, Learning and Teaching) at the Australian Catholic University (ACU) since July 2009. She was an educator and executive in the Catholic education system for 23 years, including Principal of Merici College in the ACT. She has a longstanding commitment to equity and access in education and children and young peoples’ services. 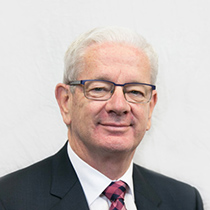 A civil engineer, Vince is on the board of the Australian Rail Track Corporation, NSW Public Service Commission & the Safety Committee of University of Sydney Senate. For more than 20 years, he led several large government-owned enterprises undergoing substantial change management including Essential Energy, Endeavour Energy, Ausgrid and State Rail Authority. He has also served on the boards of many Catholic organisations. 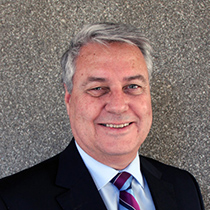 Michael is a director of Sydney Airport and chairman of industry body Communications Alliance. During a 17-year career as a Federal MP, he was Minister for Communications and shadow minister for education. Michael has previously chaired the NSW TAFE Commission board and Central Coast Campuses of University of Newcastle. He is a Director of the National Film & Sound Archive and Calvary Ministries. A distinguished educator and schools administrator, Moira recently retired as Director of Education in the Archdiocese of Canberra-Goulburn. She has served on many boards of educational institutions, including the Senate of Australian Catholic University. Moira is a member of the governing body of Good Samaritan Education and serves as a company member for Mater Dei, a special school in Camden. 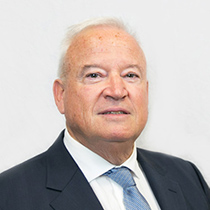 A chartered accountant for more than 40 years, David is currently a Partner with ESV Accounting and Business Advisors. His expertise is in advising SMEs, trade unions and not-for-profit organisations. He is an experienced public company non-executive director and since 2009, a Trustee of Mary Aikenhead Ministries – the responsible entity for the health, education and social care ministries formerly under the stewardship of the Sisters of Charity of Australia. 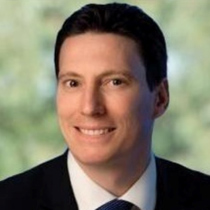 Julian is a company director with significant experience in the areas of investment, finance, infrastructure, government, agriculture, healthcare, education and defence industries. He brings strong board and executive skills in strategy, risk management, corporate finance, governance, environment, safety, compliance, research and development. Julian holds a Bachelor of Economics from the Australian National University, is a Fellow of the Institute of Actuaries of Australia and a Fellow of the Australian Institute of Company Directors. He is currently a director of Rural Funds Management Ltd, Director of Screen Canberra and serves on the Board of Members of the Australian Catholic University. 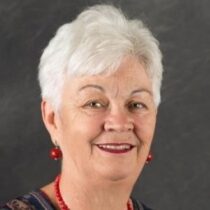 Emeritus Professor Toni Downes has worked with universities, educational systems and schools, for nearly 40 years. Through effective leadership and sustained scholarship she has improved educational outcomes in universities and schools in the effective use of digital technologies, in gender and technology, and in teacher education policy and practice, Her work has included numerous research and professional projects, over 70 publications, international and national professional presentations and workshops and over $1 million in grants and consultancies. She has been a keynote or distinguished speaker at international conferences in New Zealand, USA, England, Switzerland, Hungary, PNG, Thailand, Hong Kong, Wales, China, Finland and Norway. She is a highly experienced senior educational leader, having had senior roles at two universities. In 2018 she retired from the role of DVC Academic at Charles Sturt University, having also served as an Executive Dean and Head of School in earlier years. She currently serves as a non-executive director on a number of Boards, as a member of academic boards and advisory committees, and as an external reviewer of educational programs and organisational units. 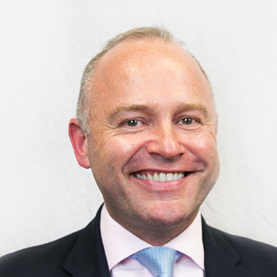 Dallas holds degrees in Arts/Law and is a Master of Public Policy. He was General Manager, Government and Public Policy, at National Australia Bank since 2009 and has held senior regulatory roles at MLC, Insurance Australia Group and the Australian Securities & Investments Commission.